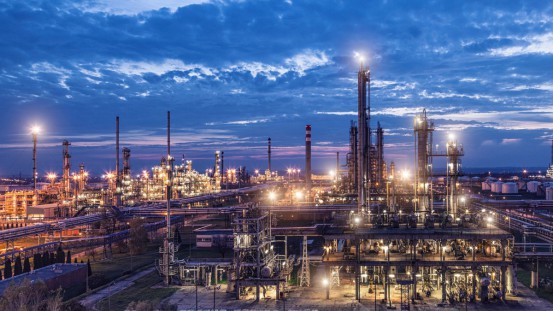 A new record for the MOL Group, and another highly satisfied customer for Clariant. In July 2017, MOL installed Clariant’s SynDane catalyst at their Danube maleic anhydride production plant in Százhalombatta, Hungary, for the first time. The unit reached its nameplate capacity of 22,000 metric tons per annum already a few weeks after start-up. Now, the plant’s latest figures reveal that the excellent performance and operability of the catalyst boosted productivity in 2018 by 17% versus its previous all-time high, allowing MOL to achieve its highest maleic anhydride yield to date.

With the SynDane catalyst, MA producers also benefit from excellent operating stability, as well as long catalyst lifetimes of up to four years, depending on operating conditions. Plants with water-based backend technology, such as MOL’s, enjoy even greater efficiency with the catalyst, as fewer process water changes are needed. Furthermore, the catalyst allows operation at high n-butane load and space velocity, thus contributing to enhanced productivity.

Zsolt Marton, Technological Supervisor at MOL Group, attributed the exceptional results not only to the superior performance of the SynDane catalysts, but also to the technical support received from Clariant, stating, “We were very pleased with Clariant’s expert guidance, which included monthly catalyst performance evaluations and optimization, as well as regular visits for technical consultation and operational recommendations. Their competence and their catalyst contributed greatly to MOL’s record production year.” Mr. Marton also confirmed that Clariant catalysts will be used for the plant’s next refill in 2021 and will play an increasingly important role as MOL expands its MA production capacity in the years to come.

MOL is a leading oil, gas and petrochemicals company, headquartered in Budapest, Hungary, with operations in over 30 countries, and 26,000 employees worldwide. The company’s exploration and production activities are supported by 80 years of experience in the field of hydrocarbons. MOL Group received the prestigious “Energy Company of the Year” award in 2018 from the Petroleum Economist.

Stefan Heuser, Senior Vice President & General Manager Business Unit Catalysts at Clariant, welcomed the results, commenting, “We are proud to be part of MOL’s outstanding success. Our close collaboration with the company demonstrates our commitment to adding value to our customers’ business – not only through market-leading technology, but also through our customer-first philosophy.”

SynDane® IS A TRADEMARK OF SCIENTIFIC DESIGN COMPANY, INC., REGISTERED IN THE U.S. AND OTHER COUNTRIES.