Lola Palmero, member of AIMPLAS’ Equality Committee: “Without the involvement and inclusive leadership, innovation would not exist” 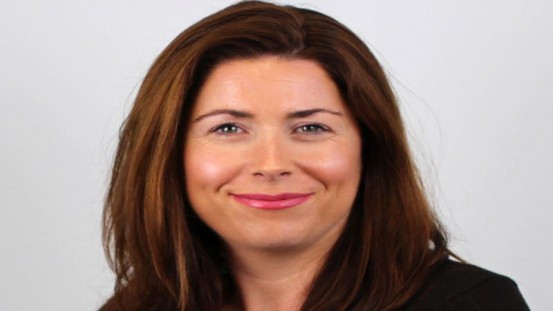 In this interview Lola Palmero, a member of AIMPLAS’ Equality Committee, discusses the importance of gender parity in the organisation and how it is benefitting AIMPLAS.

As 60% of the workforce are female our reporter Grace Nolan asked if this influences the company’s progress, what steps the company took to achieve this and what strategy the company has adopted to deliver its Equality Plan.

Q: What measures have you fostered and are promoting to ensure equality and diversity within the company?

One of the most important strategic cornerstones of AIMPLAS is people. In this context, we are committed to set out and implement policies that integrate equal treatment and opportunities between men and women, as well as to boost and foster measures needed to ensure equity within our company.

To achieve this, in 2016 we created the Equality Committee, whose main objective was to prepare the roadmap to design and implement an equality plan at AIMPLAS. In this respect, an agreement was signed by the Management team and the works council on equality.

The most important initiatives implemented by AIMPLAS in recent years in the framework of the equality plan are:

Q: Could you tell us more about the Equality Plan at AIMPLAS?

In 2016, our first equality plan was published, it was in force for two years and supported by the Spanish Ministry of Health, Social Services and Equality.

Besides, the Valencian Regional Government Ministry of Equality and Inclusive Policies endorsed our Equality Plan and authorised us to use their equal opportunities logo.

In 2018, we published our second equality plan, which was endorsed once again by the Valencian Regional Government Ministry of Equality and Inclusive Policies and the authorisation to use their equal opportunities logo.

In parallel with the actions implemented in the framework of the Equality plan, actions in line with SDG (Sustainable Development Goals) GOAL 5: GENDER EQUALITY and our activity, aimed at making scientific women visible such as celebrating the International Women’s Day (8 March) and the International Day of Women and Girls in Science (11 February).

We have also proposed to the city council of Paterna that there should be a street named after a relevant woman scientist since currently all streets are named with male names, most of them scientists.

Q: As 60% of the workforce at AIMPLAS are female do you think this influences the company’s progress?

The female perspective involves a greater sensitivity towards work-life balance, as well as a more participatory leadership. These two elements form the backbone of AIMPLAS and its strategy. The first aspect is one of the benefits that characterise our company and the most valued by our staff and it contributes to their motivation and corporate wellbeing.