After the suspension of all non-essential activities due to the Covid-19 pandemic, organization commences for PLAST 2021-international exhibition for the plastics and rubber industries, taking place in Milan from the 4th to the 7th of May of next year. 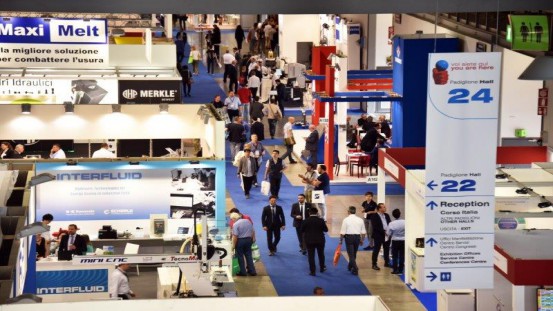 Roughly 450 direct exhibitors (excluding the represented companies) have already confirmed their participation in the fair, reserving an area of 35,000 m². One fifth of subscribers are foreigners, in addition to Italian branches of foreign machinery manufacturers.

The effects of the epidemic greatly conditioned worldwide fairs, causing the cancellation of all events in spring-summer 2020 and moving the ones planned for this autumn to 2021.

This was the case for various international plastics and rubber industry fairs and also for important events regarding the packaging and converting sector, such as Interpack and Drupa, originally planned for May and June 2020 but postponed to the period between early March and late April 2021.

Such changes led to the decision to confirm the next edition of PLAST to 4-7 May 2021 and to reschedule the other four fairs of The Innovation Alliance (IPACK-IMA, MEAT-TECH, PRINT4ALL, and INTRALOGISTICA ITALIA), also due to the congestion at the Rho-Pero exhibition district.

This decision originates in the extraordinary situation of recent months with the objective of preventing overlaps, which would have caused difficulty for both companies and operators.

The Innovation Alliance project, favouring synergies among complementary sectors, is still a definite go. Although the five exhibitions are scheduled for different times, the organizers have already begun to plan unifying initiatives to assist operators in the planning phase.

The PLAST Office is again fully operational and, to facilitate potential exhibitors in the decision process (taking into consideration the obligatory shutdown in March and April), has extended the deadline to 31 July 2020 for benefiting from a 10% discount on the participation fee and priority stand assignments, which will be made starting in September. Organizers are thus confident that they will see reservation numbers similar to the 2018 edition.

PLAST will be the most relevant European event for the plastics and rubber industry in 2021, a critical occasion for operators to meet and talk and plan new investments.

Below, some key figures for the past edition of PLAST, which took place from 29 May to 1 June 2018 in Milan:

The upcoming edition of PLAST will once again feature the three satellite fairs, each dedicated to a sub-sector of excellence and its associated start-ups: RUBBER (in its fourth edition, dedicated to the world of elastomers, in collaboration with ASSOGOMMA), 3D PLAST (in its third edition, focusing on additive manufacturing and related technologies), and PLAST-MAT (second edition, exploring innovative plastics).