So far, Sanner has successfully made it through the Corona crisis. In fact, the demand for solutions from the international manufacturer of pharmaceutical primary packaging and medical technology products has even increased by more than ten percent. Packaging solutions for effervescent tablets are particularly in demand. Hence, the company has increased its capacities – and is doing everything possible to provide customers with the usual high delivery reliability and quality. 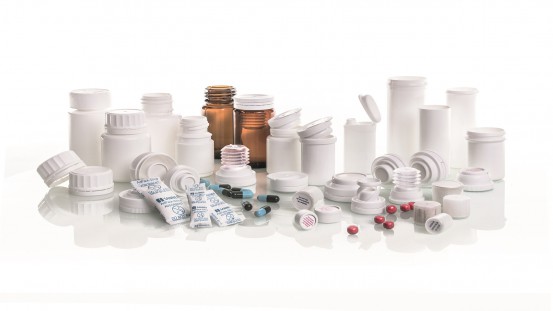 Especially for the classic desiccant closure DASG 1, Sanner recorded an enormous increase in demand - by a full 30 percent.

The demand for effervescent vitamin C tablets, as well as for other nutritional supplements is increasing and has led to supply bottlenecks, especially during the Corona crisis. As the market leader for effervescent tablet packaging, Sanner recognized the challenges early on and acted quickly. "We already expanded our capacities in May and were able to meet the increased demand and maintain our delivery capability," says Dr. Johannis Willem van Vliet, Managing Director of the Sanner Group. As Peter Hülsmann, Head of Purchasing and Material Disposition at sanotact GmbH, confirms, "especially in troubled times, it becomes clear who is a reliable partner. Therefore, I would like to thank the entire Sanner team for their delivery reliability in Corona times."

In addition to an enormous sales increase of around 30 percent in the classic DASG 1 desiccant closure, Sanner also recorded a rising demand for tubes manufactured in the IML process and drop-in desiccant solutions such as AdCap® and AdPack®. In addition, medical devices such as components for corona and other rapid tests as well as inhalers are also in greater demand. In total, Sanner increased its global production by more than ten percent. The company and its employees have been working extra shifts in both Germany and China since May.

At the German site in Bensheim, three new machines for the production of desiccant closures were put into operation and additional staff were hired.

Relocation in Bensheim planned for 2025

"We expect demand for our products to remain very high," says van Vliet. "In order to further expand our capacities and, above all, to produce with the latest digital and sustainable technologies, we are currently planning to move the Bensheim plant to the new Stubenwald II industrial park". In 2025, Sanner plans to fully commission the new site, which will cover an area of approximately 30,000 square meters. "Until then, we will of course continue to provide our customers with the quality and delivery reliability they are accustomed to – exactly as a partnership-based cooperation should be in times of crisis," says van Vliet.

Cooperation in partnership pays off

Penny Humphries, Operations Manager at Aviz Laboratories in South Africa, confirms that the company is doing this excellently worldwide. “We have had a very successful relationship with Sanner for a number of years now, with constant supply and excellent quality. During Covid-19, the fantastic service from Sanner became even more apparent. We had a massive increase in demand. One phone call to Sanner was sufficient and within 24 hours we received a solid commitment on delivery despite their already overloaded production. There has never been a time where Sanner has let us down and they always work incredibly hard to find solutions for us.”