Purchase of the company BTB PET-Recycling to give ALPLA access to the bottle-to-bottle loop in Germany. 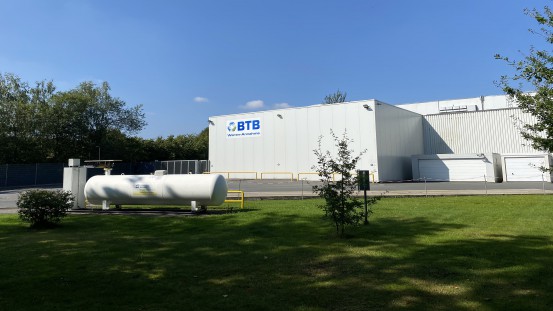 The ALPLA Group, the global packaging solutions and recycling specialist, is acquiring BTB PET-Recycling based in Bad Salzuflen. The company turns PET bottles into recycled material which is then predominantly used for the production of new beverage bottles. Its bottle-to-bottle packaging cycle is a closed loop.

In acquiring BTB PET-Recycling GmbH & Co. KG based in Bad Salzuflen in the German state of North Rhine-Westphalia, ALPLA is investing in further developing the region’s recycling loop. The company processes used PET beverage bottles sourced from Germany’s reverse vending system and turns them into food-grade rPET (recycled PET) pellets which are then primarily used for the manufacture of new preforms for PET bottles, including beverage bottles.

Bottle-to-bottle
BTB stands for ‘bottle-to-bottle’, in other words a closed packaging loop that turns bottles collected in the region into new bottles. First, BTB pre-sorts, shreds and washes the input material, then sorts it again. It is then melted down in an extrusion process and turned into pellet form, resulting in valuable food-grade rPET. The processing volume is around 20,000 tonnes of PET bottles each year. The company has approximately 35 employees, all of whom will be kept on by ALPLA.

Efficient production, functioning system
Georg Lässer, Head of Corporate Recycling at ALPLA, comments on what led to the acquisition: ‘BTB produces highly efficiently, using established technology. The team in Bad Salzuflen is highly motivated and does a fantastic job. For us, buying this company is an investment in the future, enabling us to increase the existing capacities and further strengthen the bottle-to-bottle loop.’

Georg Pescher, Managing Director of ALPLA in Germany, adds: ‘By acquiring BTB, we are investing in a very structured company which has been operating successfully within the local circular economy for years and which is already supplying our preform business in Germany with rPET. What’s pivotal here is a functioning system comprising a bottle return infrastructure, bottle production and bottling companies in the direct vicinity of the recycling plant.’

The parties signed the contract on 28 September 2021. They have agreed not to disclose the purchase price or any further details.

ALPLA promoting a PET loop in Europe
Just recently, ALPLA and its partners announced the founding of the joint venture PET Recycling Team Targu Mures for the recycling of post-consumer PET bottles in Romania. The target is annual production of 15,000 tonnes of food-grade rPET to strengthen the local materials cycle in Central and South-Eastern Europe. In the UK, ALPLA has been cooperating with the British waste management company Biffa since this year and sources food-grade rPET pellets from the Biffa recycling plant in Seaham. With this collaboration, ALPLA is increasing the proportion of British recyclate used to manufacture packaging in the UK.

Expansion of recycling activities
In early 2021, the ALPLA Group announced that it would invest an average of 50 million euros a year until 2025 in the ongoing expansion of its recycling activities. In particular, it plans to globalise its activities in the area of high-quality recyclates in order to close the materials cycle in as many regions as possible. In all, the annual capacity of the ALPLA recycling companies, joint ventures and partnerships amounts to approximately 130,000 tonnes of PET and 60,000 tonnes of PE.