International plastics and additives distributor Biesterfeld Plastic will soon be in an even better position to satisfy the growing demand for ABS. This is thanks to the commissioning of a new, state-of-the-art production facility owned by long-term copolymers partner CHIMEI. 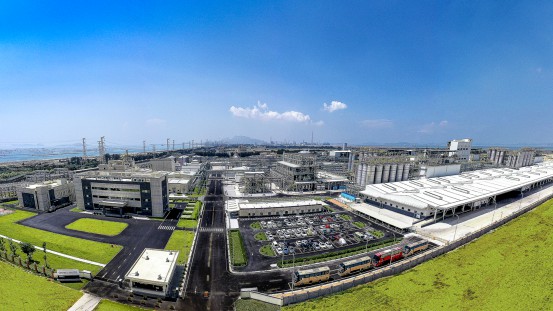 The Taiwan-based plastics producer CHIMEI recently officially commissioned its new ABS plant, located in Zhangzhou. The initial capacity of the plant is 450,000 tonnes annually, which is to be increased gradually to 600,000 tonnes annually. This will increase the annual ABS production capacity of CHIMEI Corporation to 2.6 million tonnes, consolidating the company's position as a leading supplier in the global ABS supply chain. “For us as a long-term distribution partner to CHIMEI, this is excellent news”, says Wilhelm Postel, Business Manager Advanced Polymers. “The new plant will mostly serve the southern China region and the market on the Chinese mainland. But the additional production facility will also have a positive impact on the European market, as it will free up further capacity at the main plant in southern Taiwan for export to Europe, North Africa and Latin America. We congratulate our global partner CHIMEI on its leading role in the development of new eco-friendly concepts that have a reduced impact on the planet”.

“The new plant in Zhangzhou meets the most stringent environmental standards and was completed in just 19 months despite the ongoing pandemic using the latest safety concepts. This is in keeping with the many efforts at CHIMEI to reduce our environmental impact, such as installing our own solar park and the recent carbon- neutral delivery of butadiene to our plant in Tainan, a world first”, explains Wayne Lin, Marketing Manager at CHIMEI Corporation. “We're very proud of the long-term partnership with our global distribution partner Biesterfeld, which has existed for more than 30 years and is being continually and successfully expanded”.