Over 2019 markets have been sliding around the world due to demand slowdowns, oversupply and wider business headwinds. 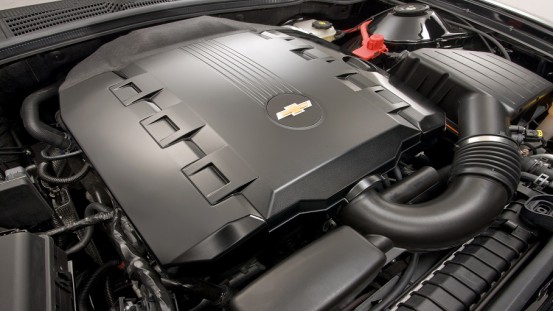 The uncertainty surrounding demand has increased throughout out the year as a result of factors including the US-China trade war, Brexit, and a general global economic slowdown. A 40-day strike by General Motors workers in the US further dampened demand in the North American auto industry during September and October.

Engineering Thermoplastics market prices were firm throughout the first half of 2018, and value for some materials such as PA66 and polycarbonate were sharply higher. However, a steady decline since then has seen prices for some engineering plastics slump to multi-year lows. Feedstock volatility has been a constant problem with most, if not all, engineering resins experiencing squeezed margins over the past nine months, despite weaker demand.

Market conditions were not encouraging early in the fourth quarter. The North America PA6 resin markets showed little or no improvement in terms of demand during October and November, and market participants are not looking for much change during December.

PA6 prices in Europe have decreased in recent months, both for contractual deliveries and spot deals, with the latest drop in November taking confirmed spot prices below contractual figures.  Taiwan spot semi-dull PA6 prices decreased to around $1500/ton cfr in late November, down more than $150/ton compared to October.

In China, a sharp decrease in feedstock benzene in November added more pressure to a market already struggling with oversupply. Prices for PA6 engineering resin were RMB11,500-12,000/ton, down almost 40% compared to the peak levels seen in the second half of 2018.

In the PA66 market, downward pressure on prices continued in November and another decrease was seen in freely-negotiated volumes in North America and Europe. It was understood supplies were readily available in the market and there was no pressure on consumers to pay higher prices.

Demand has continued to soften during the year and producers have trimmed output to match weaker buying interest. In China, however, PA66 engineering resin was showing signs of moderate recovery in demand during October and November. Some key feedstock prices were stabilising, lending additional support to PA66 prices.  It is not clear if this trend will continue through the end of 2019 for the China market, however, as downstream consumers will be looking to de-stock inventories before the end of the year.

The polycarbonate market appears to be struggling in all regions. China has particularly suffered from oversupply and this reflects in a subdued outlook for the rest of the year. Market prices for polycarbonate in China started to soften in the last week ahead of the National Day holiday in early October and decreases accelerated after the long holiday because of weak purchasing interest and restart of local producers.  Further price erosion was expected in December.

Contract prices in both regions have remained stable in the fourth quarter, somewhat defying the trends seen in other engineering thermoplastics’ markets. The outlook for early 2020 is far from settled, but there is not much momentum in the market at the end of 2019.

China's polyacetal resin prices, on the other hand, increased again in October, despite relatively weak demand in the automobile market. Price increases were mainly driven by tighter supplies as some major producers shut in order to control inventories. But that rally was short-lived as the market softened again in November.

The North American PBT market continues to soften and recovery is unlikely to take place in Q4 and potentially next year. Pricing discussions will be influenced by ongoing lengthy supply, domestically and internationally and stable-to-soft demand. The European PBT market was still hampered by lengthy supply and weak demand. Q4 is likely to be another bad period for market participants. In Asia, prices were slightly lower in November compared to October, as market sentiment for PBT resin still remains bearish.

The ABS market in North America did not improve due to low demand in November and the slow down in consumption was expected to continue through the end of 2019. In Europe, ABS supply levels remained steady but downstream demand in most sectors was weak. Feedstock prices have weakened as well, so margins were still under pressure.

ABS prices in China weakened during November, and consequently ABS prices in Asia also declined. Feedstocks of ABS are expected to weaken and that has a negative impact on market confidence.

Opinions are split over whether market conditions will improve in 2020, but current headwinds are not expected to persist in the medium-term. Some market participants believe the automotive industry is currently going through a transition period as more stringent environmental targets must be met in coming years.